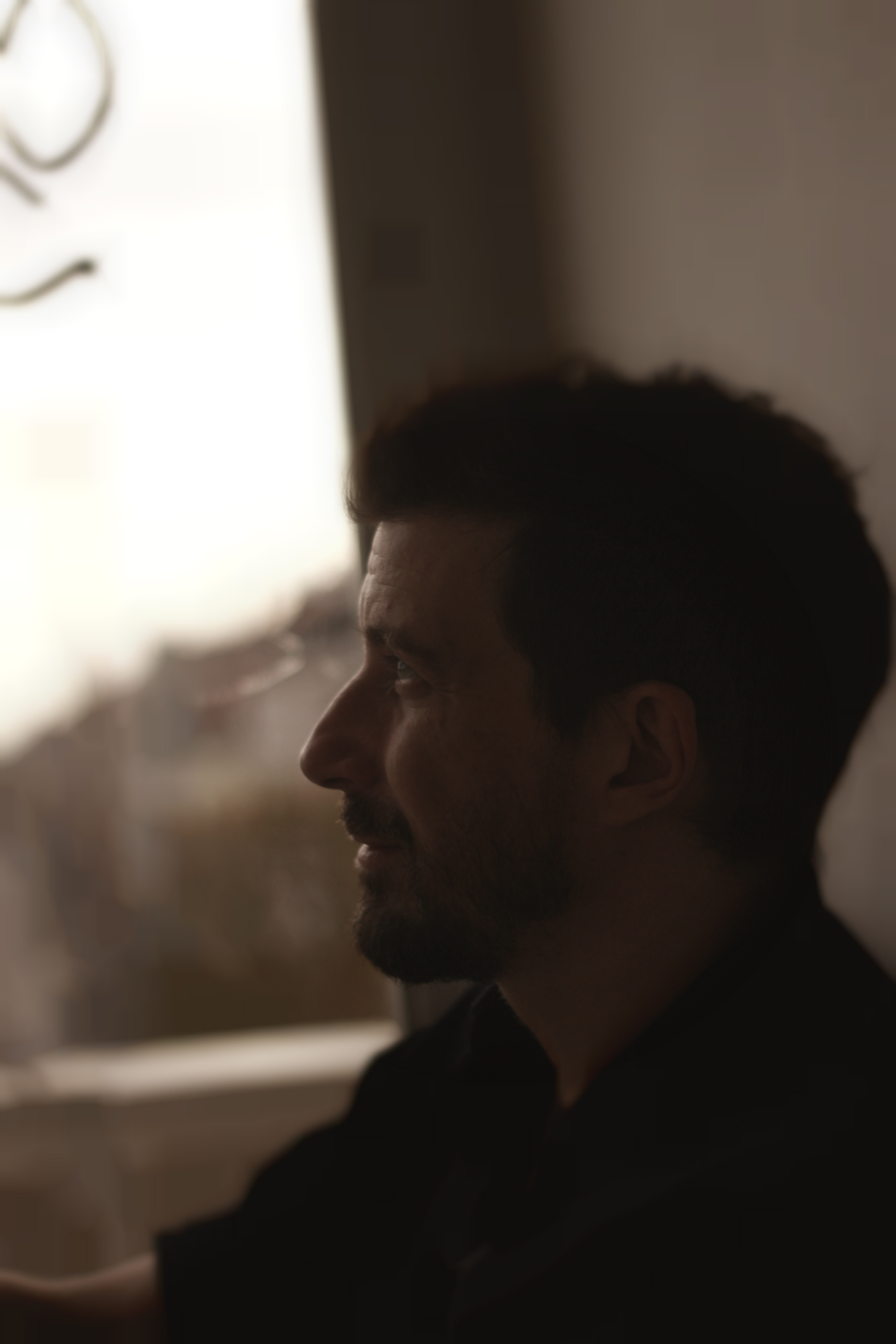 “I’ve never been interested in the strict distinction between serious and popular music, even musical styles at all. It’s all about intention, true art can happen anywhere. A lot of people seem to get quite irritated, if they cannot immediately place what they hear into the realm of their own comfort zone. But that’s where things just start to get interesting for me!“

These words reflect the really diverse musical upbringing of an accomplished composer and multi-instrumentalist, now widely known for his truly unique and eclectic blend of classical orchestration and cutting-edge electronics. Blurring the lines between popular and classical forms, he draws from a vast array of influences that often seem contradictory at first, like minimalism and modernism for instance, yet manages to meld them into something distinctively his own, eschewing any pre-defined genres.

This musical versatility is mirrored by a many-faceted output, spanning from album releases with his successful collaborative studio project Surrogate Sibling to large works for the concert hall, from multimedia-operas to cinema scores and more recently even songwriting and producing. He is also a frequent collaborator in the studio and on stage as well as a much sought after arranger and orchestrator.

Originally starting out as an electric guitarist, his musical journey took quite intricate paths, bringing him into contact with vastly different styles and genres, ranging from Jazz and Rock to Electronica and even South African music, resulting in several hundreds of concerts performed all over Europe. Classical music however, didn’t enter his range of vision until his later teens but therefore all the more impressionably. Intrigued by its intricate design and the seemingly endless possibilities, he dedicated the following years entirely to its exploration. In his early twenties he took up his studies in classical composition in his hometown Munich and later moved to the Netherlands, where he entered the composition class of world renowned maverick composer Louis Andriessen, who up to this day remains a huge influence next to other defining figures such as Stravinsky, Reich, Ravel or Rameau as well as a diverse array of electronic artists such as Autechre and Aphex Twin.

The resultant body of works, at first firmly rooted in the context of ’serious‘ concert music, garnered considerable acclaim over time, resulting in several high-profile performances by the likes of the Ensemble Modern or the King’s Singers and was honored with a multitude of prizes and awards, among them the highly prestigious Rome Prize at Villa Massimo in Rome.

With maturing as a composer, his interests gradually developed towards a more inclusive approach to music making, one that would incorporate the multitude of musical influences that accompanied him since his earliest days of being a musician. Also a much more direct approach, leaving a lot of the complexities of his modernist days behind, while gravitating towards a musical language that embraces immediacy and expressiveness, yet still is firmly rooted in the 21st century without ever being anachronistic. While it still can be rather complex at times, it’s never overtly complicated and while sometimes it can be challenging, it’s also ultimately rewarding for the dedicated listener.